Where Gas Turbines are born!

Articles and pictures from GE REPORTS

There are places in the world that make us feel small and force us to marvel at the skills and ambitions of their architects and engineers. They include cathedrals in Europe, NASA’s Cape Canaveral rocket launch pad or the Panama Canal. GE’s gas turbine plant in Greenville, S.C., may not be on everyone’s list. But it comes close.

The plant’s several manufacturing halls – equivalent in size to nearly 21 football fields – strike most first-time visitors as the playroom of a giant toddler. Massive yellow gantry cranes lift multi-ton rotors and stators gleaming like alien silver sunflowers. They flip them around their axis, and stack them on shafts the diameter and length of tree trunks. 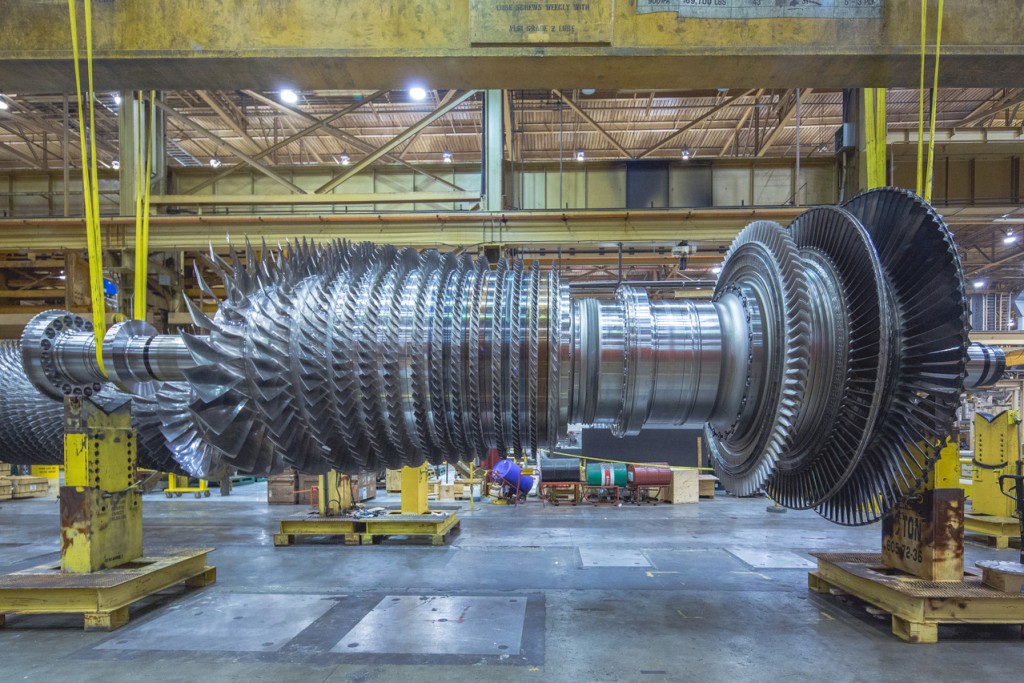 The place smells of high-grade steel and pulses with an industrial symphony of electrical motors cutting in and out. Computer-guided milling machines larger than delivery trucks use jagged cutting heads drenched in white cooling liquid to shape huge turbine wheels.

The plant, which opened in 1968, even has its own railroad spur and also America’s largest train turntable to move the finished turbines around.

There’s also a natural gas plant that supplies a unique test stand designed to push turbines to the limit and withstand hot wind jetting out of them at 1,100 mph – 10 times faster than a Category 3 hurricane.

The place also has a 70,000-square-foot lab replete with 3D printers and powerful lasers. Engineers use them to develop and test parts for next-generation machines like the air-cooled Harriet 9HA turbine – the world’s largest and most efficient gas turbine. Although the facility is strictly off limits to outsiders, GE Reports recently got a tour. Take a look. 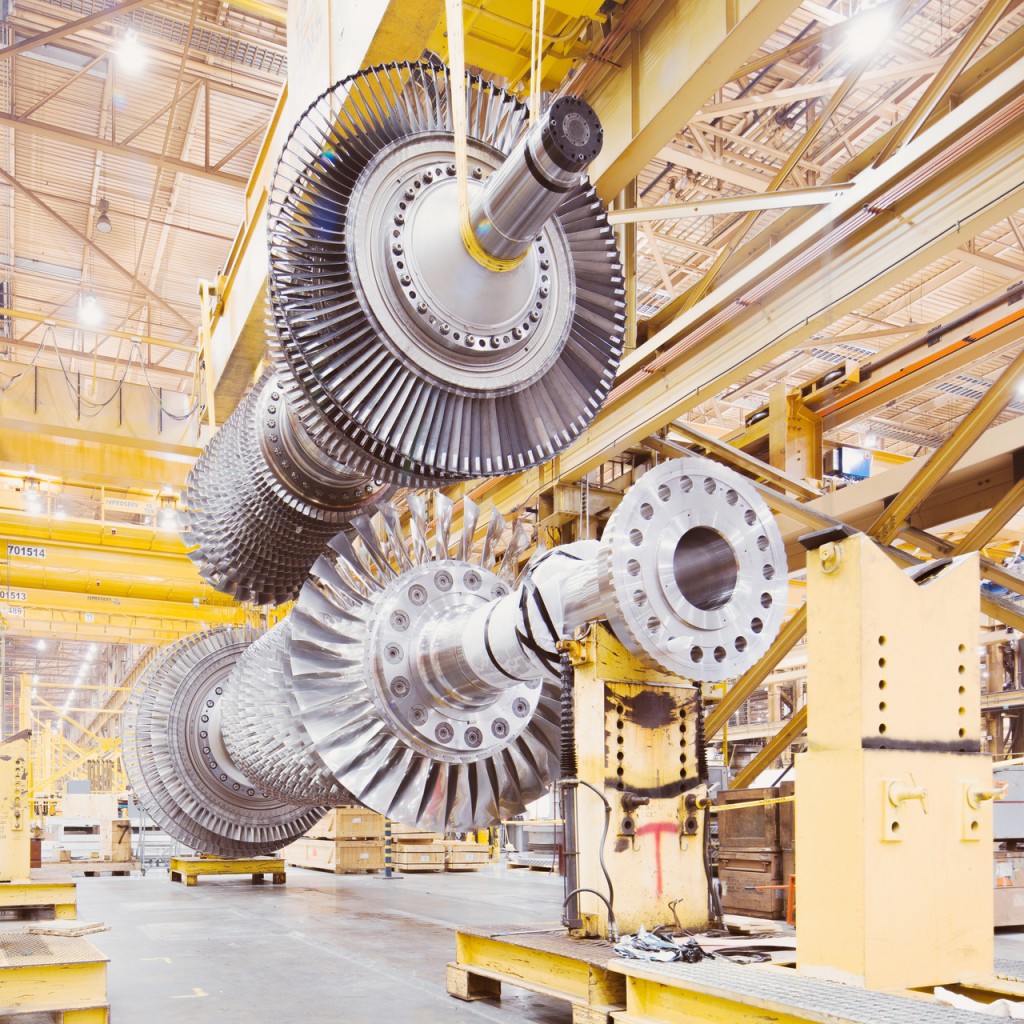 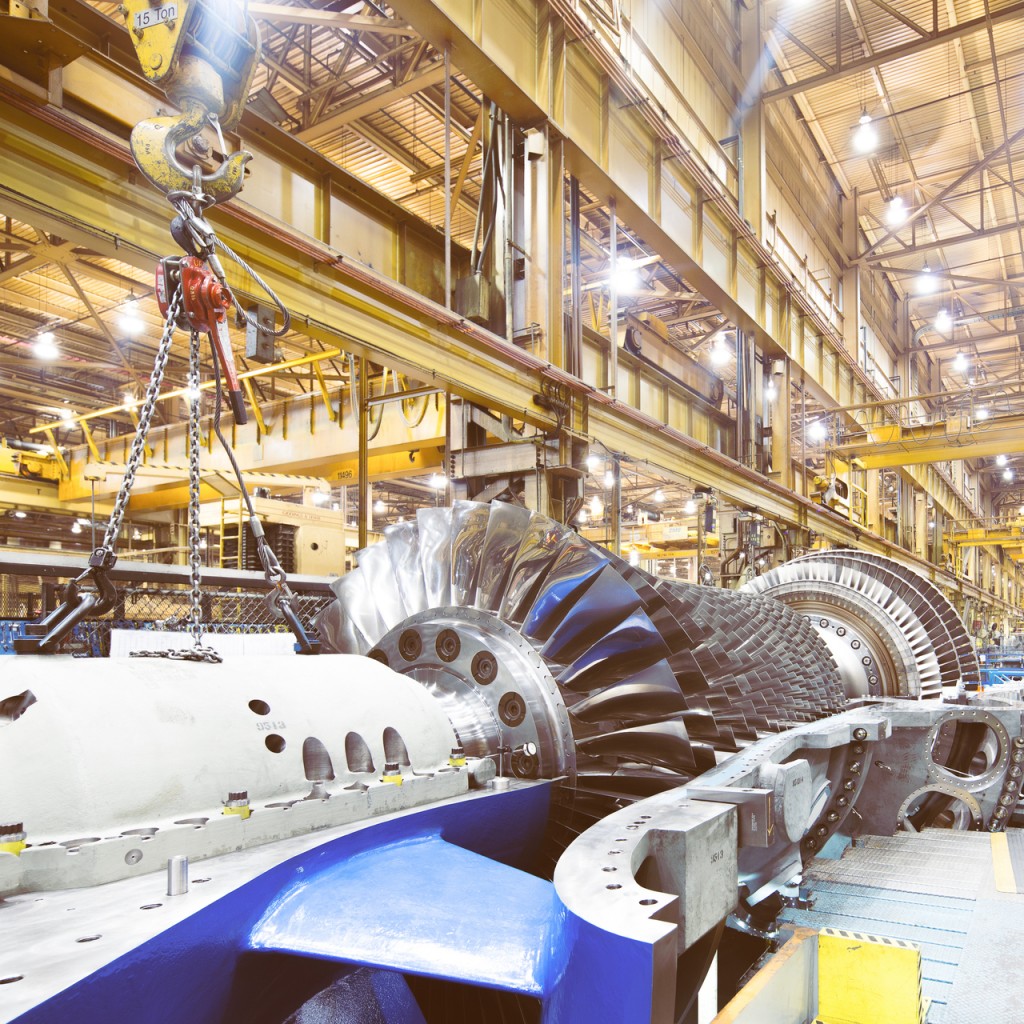 A detail of cooling holes in turbine blades.